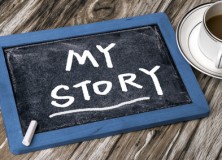 My name is Kelly and I am iron deficient. My iron levels were never great after the birth of my first child. The blood loss was massive, the doctors pondered my need for a blood transfusion and prescribed me ferrous sulfate to help out. It brought my levels up enough, but I had low iron levels from then on; never low enough to cause alarm, but enough (I would think) to play havoc with my energy levels. I was obese at the time of my daughter’s birth, with high blood pressure, high blood sugar levels, postpartum depression and high cholesterol levels. My eating habits were never the greatest and I had lost 50 pounds before the birth of my daughter but gained 70. I briefly lost 20 pounds but gained it back (plus some). I tried to get the weight off as we were anxious for a second child, and it was taking more time than we had hoped.

After a 20 pound loss we were thrilled to have a positive pregnancy test. I was immediately admitted to the Women’s College High Risk Pregnancy program, and began insulin at 11 weeks. I gained 20 pounds, and lost 5. For the next 6 years I battled my weight and my family doctor concluded that I should consider bariatric surgery. I did my research and agreed that this was a good fit for me.

In March, 2011 I underwent Roux en Y surgery at Toronto East General Hospital, through the Toronto Western Bariatric program. Initially, like all patients, my blood work came back perfect. I was asked to take ferrous sulfate, due to my history of low iron. I was told that bariatric surgery might impede my iron levels and that this would help my levels before they dropped. Of course, we now know that this is not the best type of iron for a bariatric patient and my levels dropped quickly. At 9 months post-surgery I sought help via Leona Dove, who set me up with my first round of intravenous iron (venofer), and instructed me to start taking FeraMAX.

I started running about six months later and, although I was still iron deficient, I was determined to reach new goals. I was at my desired weight and now I had a dream of running a marathon to fulfill. This meant more infusions, more FeraMAX, and a training schedule (that to this day I still can’t figure out how I began and muddled through – mind over matter, I suppose). Slowly I started running longer distances and I was exhausted but soldiered on. I would fall asleep by 9:30 pm, leaving me with an hour or so after the kids went to bed to do housework (which I was too fatigued to do). After several rounds of infusions, I still didn’t feel a difference because my levels didn’t raise that much. It was then found that I have Adenomyosis and fibroids, and I lost a lot of blood on a monthly basis which didn’t help my iron deficiency. My OBGYN was not ready to consider a hysterectomy, so I went on losing mass amounts of blood monthly.

With the intensity of my running ramping up, and signing up for my first half-marathon, I would notice a difference in my breathing after an infusion. Plain and simple, it was easier to breathe. I did feel that I recovered easier as well. I built up my endurance and had more infusions and worked my way to a marathon level. I completed my first full marathon in October 2013, still iron deficient but determined! FeraMAX helped my levels from dropping too low, but unfortunately it wasn’t enough to keep them up without infusions.

Learn more about the treatment options for iron deficiency →

Where I Am Today

A year ago, I had an IUD inserted in which I briefly found relief and my ferritin levels spiked. The IUD wasn’t doing the best job for me and my ferritin dropped again, leading to another round of infusions. Currently, I am waiting for test results to see what can be done about my gynecological issues. In the meantime, I continue to train, get infusions and take FeraMAX. I am grateful for Leona’s knowledge as I’m sure I wouldn’t be where I am as an athlete without the intervention of infusions and guidance on the proper iron intake for a bariatric patient.