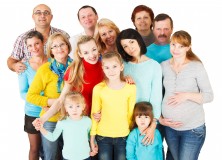 While anyone can experience iron-deficiency, some have a higher risk than others for developing iron deficiency and anemia. Let’s take a look at the adult at-risk groups.

Other at-risk groups include people living with HIV/AIDS, those who have had gastric bypass and other surgeries that remove parts of the intestine, and people on certain medications and medical treatments, such as chemo therapy.