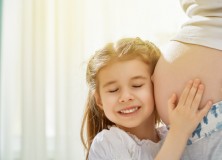 It’s no surprise that a woman’s body will undergo changes during pregnancy to accommodate the baby as it grows. One of the biggest changes is that of her blood. While this might not be an obvious change (like that of a growing belly), it’s a very important change that requires some effort on the mother’s part to avoid putting herself and her baby in harm’s way.

Iron deficiency in pregnancy is not only dangerous, but also far too common. In Canada, an estimated 50% of pregnant women are iron deficient. Women of childbearing age are already at a higher risk of developing iron deficiency due to regular blood loss and subsequent iron loss (from menstruation), but the risk increases significantly once pregnant.